Under the direction of Eddie allen 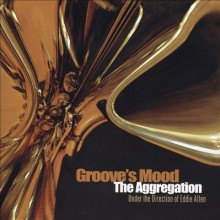 BRASILIA is a medium tempo samba named after the capitol of Brasil. I had the pleasure of touring the country years ago and the feel of it stayed with me.

WADE IN THE WATER is an old Negro Spiritual. It starts with the saxophone section playing the melody loosely the way the congregation would sing it in the Baptist church I went to as a child. Then it kicks into an organ groove type feel.

YOU ARE THE SUNSHINE OF MY LIFE is a Stevie Wonder classic. This arrangement was inspired by recordings of this tune done by Stevie Wonder, Cold Blood (Tom Harrell’s arrangement) and Grover Washington (Bob James’ arrangement). This version features Ms. LaTanya Hall as our guest vocalist.

TENDERLY is a beautiful ballad that was introduced to me through a Clifford Brown/Max Roach recording, which is still my favorite version of it.

THE SOULFUL MISTER TIMMONS is a James Williams composition taken from the Art Blakey songbook. Anyone who had the pleasure of meeting James would agree that he is one of the kindest, supportive people around. His passing left a hole in the jazz community. Hopefully you’ll get a small group feel from this big band arrangement.

SKY DIVE is a Freddie Hubbard composition. I never get tired of listening to Freddie. He’s written more compositions than I can name that I’d love to do as big band arrangements. This is just one of many to come.

THE BLACK COMING is a composition in 4 movements based on the following:

Jamestown, Virginia, was the first successful permanent English settlement in British North America founded in May 1607. In late August of 1619 a Dutch ship traded the settlers twenty Africans for food and supplies. They’d been baptized, so – as Christians – they couldn’t be enslaved for life, but only as indentured servants, just like many of the English colonists, for 5-7 years. This took place more than a year before the Pilgrims landed at Plymouth Rock on the Mayflower.

Upon completing their indentured servitude, these Blacks enjoyed many of the same privileges and rights as Englishmen. They owned property, land, had access to courts — they could sue, be sued and give evidence.

By 1660 the English attitude toward slavery had hardened due to the continued need for more and cheaper labor and the increase in the Black population. This led to some of the freed Africans and their children being stripped of their land and placed back into slavery.

I. KIDNAPPED represents these 20 Africans being taken from their homeland, put on a ship and taken to an unknown land.

II. SERVITUDE represents them being taken off the ship and placed into, for all they knew, slavery.

III. JUBILATION marks the end of their years as indentured servants and the beginning of their lives as freed citizens in the new world.

IV. ENSLAVED after years of freedom, the confusion and fear they must have felt, being stripped of their property and rights and put into slavery.

MY CHERIE AMOUR is another Stevie Wonder classic. This arrangement was inspired by recordings of this tune by Stevie Wonder and Quincy Jones. This too features LaTanya Hall on vocals.

YOU ARE THE SUNSHINE OF MY LIFE is an instrumental version of the Stevie Wonder classic and features Clifton Anderson on trombone.

Basically, this CD is about some toe-tappin’, feel-good music.